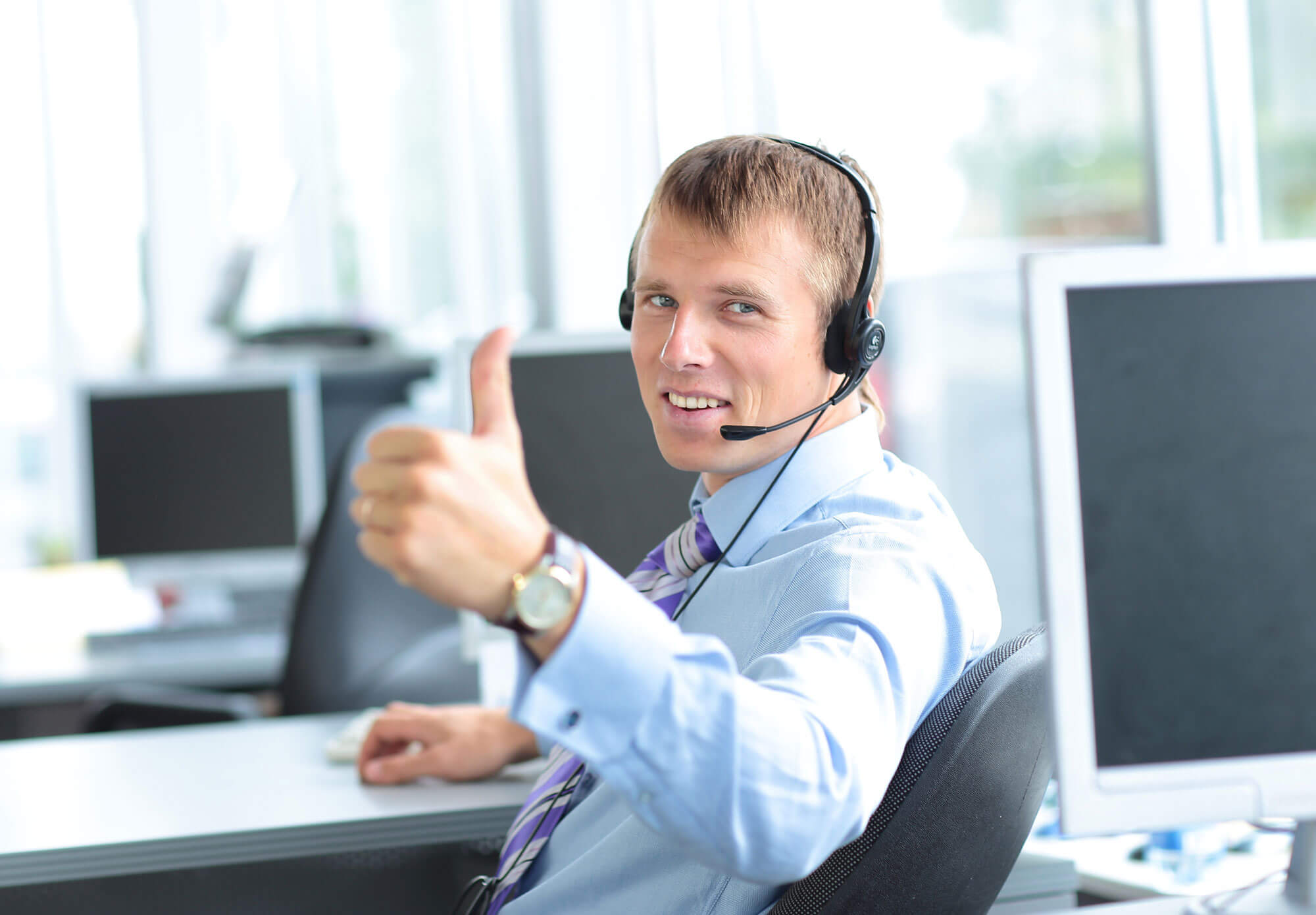 Most of us don’t answer the phone when an unrecognized caller ID appears. Think about it, do you answer these calls?

At times we recognize the caller, but the call continues to voicemail, which is even worse for us if we are proactively contacting prospects by phone. I have done it millions of times and so have you. Today, many of the calls we receive are from robots. Robots rarely leave a message.

Recently, I’ve received messages from a robot call that says, “enjoy your day and be blessed.” In this instance, mainly out of curiosity, I returned the call; however, the number wouldn’t allow incoming calls, and I’m still baffled by the voicemail. Why leave a message at all if I can’t call back?

The goal of the voicemail message

What is the goal? To get a callback, and nothing more. How did I learn this and much more? Read on.

Around the year 2001, I was a distributor for a testing product for sales forces, developed by Dave Kurlan. The majority of Dave’s clients were consultants, whom he was training to evaluate sales forces. We were frustrated and complained about the lack of leads that we had. So, Dave decided to do some cold calling training; actually, he began a cold calling tournament to direct us to success.

During the competition he videoed three of us while we made cold calls. To qualify into the tournament, each candidate had to get past the gatekeeper to reach Dave; I navigated my way to him and qualified for an all-expenses-paid trip to Boston to be a participant.

The structure of the tournament

In total there were three participants, and each competitor would dial for an hour while the video camera recorded. When we sat down, we were presented with a list of companies in our geographic territory. So, when we did get an appointment, it would be a real and valuable deal. In reality, we were working and being proactive with the tournament supplying added motivation.

All of our scripts were pretty similar because we all learned from Dave. However, as I watched one of my competitors, I noticed something: an interesting voicemail message. It was this process that obtained his strong results, and his strategy took him past the gatekeeper.

The gatekeepers are eager to send a cold caller to voicemail, avoiding conflict with their managers. In fact, it’s the job of a gatekeeper; they have been told not to allow sales people to reach management. More importantly, no one returns a voicemail from a salesperson, Right? Wrong!

Back at the tournament, after he dialed his first hour, he stood out in the hall answering his phone. Already, he was getting callbacks and increasing the number of his conversations. Note that the number of conversations is key; the higher that ratio as a percentage of dials the more appointments you’ll get. Really, it is simple math.

Remember, when I knocked on doors to set air-conditioning and heating appointments my numbers averaged like this:

When I went door-to-door, I had no control over whether a child or an adult answered; I had no control over a prospect answering the door. The only thing that I could control was my behavior: knock, wait, stand back, execute my script. If I did this consistently, it would get results, and in fact, it did get results every-time I knocked for two hours. It’s the same principle that applies to leaving a voicemail.

Before we continue to the script for the voicemail, the essence of assertiveness and asking for what you want is fundamental to leaving the message that I’ll share with you.

Assertiveness is behavior that respects others, values the truth, and is open and honest in communication. While I respect myself, I also respect you. One of the crucial characteristics of assertiveness is the ability to express your feelings openly and authentically.

Let’s revisit part of the script when we reach a prospect on the phone.

CSR: We noticed that you have not had your AC system tuned up this year. We feel that doing so increases its reliability and efficiency. Would you like to set a time for us to do that for you?

Notice feel. Not everyone feels this way, but we do. We are expressing our belief about our service. We are not saying it is a fact; we are not saying anything other than we value tune-ups and preventative maintenance. And, because we value it, and serve you in this area, we feel like it is important to tell you. This is why I called them.

Remember, the goal of a voicemail message is to influence the customer to return your call. Selling is not the reason to leave a voicemail, and do not attempt to sell your service over the voicemail. Leave a message that asks them to call you back.

The script for a successful voicemail message

CSR: “Mrs. Jones, Roger Daviston with ABC Heating and Cooling. I FELT like it would be important for us to talk for a minute, here’s my number xxx-xxx-xxxx. Thanks, I appreciate it.”

The message is short, and apart from the message to call me because I FELT like it would be important for us to talk, the content is non-specific. Your voice, tone, pitch, and tempo must remain calm. You must be natural, sincere – don’t sound like a salesperson. Moreover, ensure a tone that communicates that you care less, but are not rude. The tone must demonstrate that the weight of the responsibility to call back is theirs, not yours. The tone must be kind, gentle, humble but not needy. The tone is key to success.

In case you miss the callback, leave a non-specific voicemail message, similar to this example: This is Roger Daviston, thank you for calling. I’ll get back to you quickly.” You’ll get voice mail after voice mail. After you’ve left the voicemail, leave this message and go to the next one.

When your cell phone rings – and it will – complete the following. Don’t worry about remembering the prospects name, execute the inbound script below when you get callbacks; they’ll even come in two and three days after you left the voice message.

CSR: Hello, this is Roger.

Mrs. Jones: Roger? This is Mrs. Jones. Did you call me?

CSR: Yes, and I appreciate you calling me back.

Then you go right into the original script that we talked about in the past post.

CSR: Let me tell you quickly why I called, and you can decide if you want to talk further. Is that okay?

Then, continue with the original script; it is a simple process. Also notice that when people call you back and permit you to tell them why you called, the calls run smoothly with less resistance. Why? The customer took the initiative to call; the customer was moving toward you emotionally. This is what we want.

Trust me, this voicemail message works, and I have used it from homeowners to presidents of large corporations.

Let me share an example. Once I got a call back from a prospect named Greg. I was driving when I received the callback, and honestly, I didn’t remember who he was.

This example demonstrates that this information isn’t crucial to making the sale. While driving, and without knowing Greg, I flowed right into the inbound script that I had memorized – but I didn’t execute it like an automated robot. Greg permitted me to talk, and he had some pain. My script was different from the tune-up script.

Roger: Thanks for calling me back Greg. Let me tell you quickly why I called and you can decide if you want to talk further. is that okay?

Greg: Sure, go ahead.

Roger: I am the president of the Daviston group and I work with other presidents who are frustrated with their sales force. Maybe they feel like there is a lack of accountability, and they know the sales force is under achieving but they don’t know how to fix it. Are you seeing or getting any of that in your company?

Roger: Do you think it would make sense for us to sit down face-to-face and talk further to see if there is something that I can do to help fix it?

Roger: Get out your calendar.

We set a day and time to meet on October 31. We met again in early December, and he hired me to help him solve his problem. It was a six-figure consulting agreement that lasted about 13-months.

Boston was well worth the trip; I learned a lesson that I still use and teach today. By the way, I did not win the cold calling tournament. What does two hours of cold calling, by three highly skilled cold callers, to companies that do $40 to $60 million in revenue look like?

The winner got two appointments, I got one appointment, and so did the other competitor. While it’s challenging, and the numbers might appear low, these appointments result in large deals. One appointment could lead to a six-figure sale.

With one person focusing on tune-ups, it is much easier. With two hours of cold calling, three or four tune-ups is very achievable.

Dial the phone and follow the script; you’ll get results.