No Excuses: Be Proactive - The Daviston Group 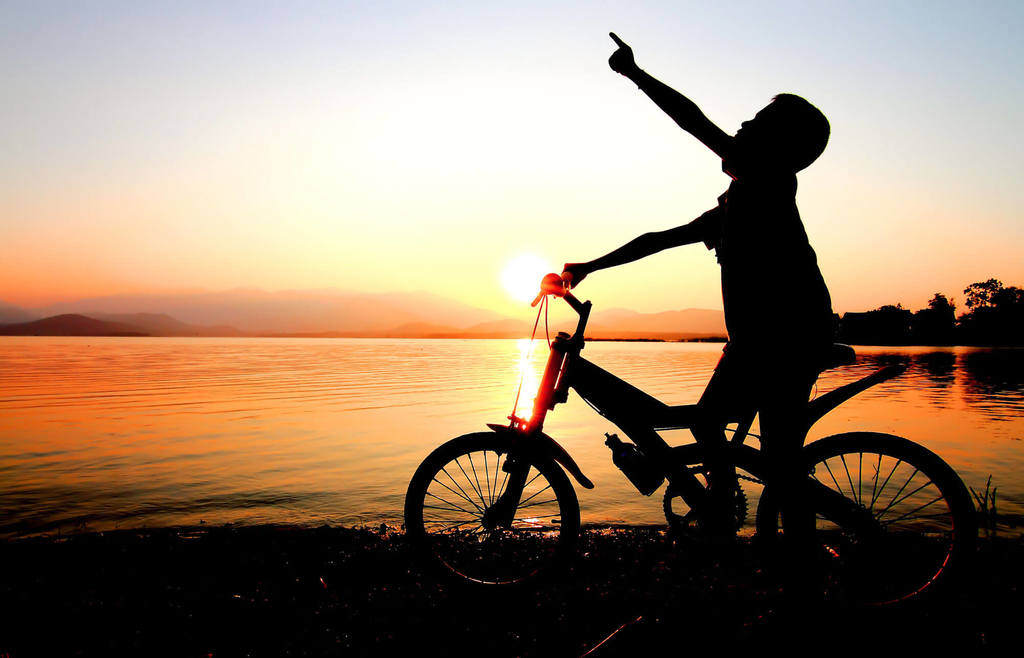 No Excuses: Be Proactive

At the age of ten, I learned that if I wanted something, I could make it happen. In 1970, my father would take the family to the Westlake Mall in Bessemer, Alabama; it was brand new, and we would go almost every Friday night. On those evenings, I would always go to the Sears and Roebuck store to marvel at the toys.

One particular Friday, I watched a young man and his girlfriend purchase a 10-speed, Free Spirit bike. As I watched the man roll the shiny bike out of the store, I said to myself, “I want to do that, too.” Until this day I can hear the click, click, click of the back tire as it freewheeled out the door.

Of course, as a ten-year-old, the first thing I did was ask my parents for a Free Spirit 10-speed bike. Quickly, they answered:

To put this in perspective, the bicycle cost $110, and my father’s mortgage payment was $95 – it was more than a mortgage payment at the time. So, in that context, this was a very expensive bike for a ten-year-old.

Still dreaming about the Free Spirit bike, I had an idea that involved my father’s lawnmower. I decided that I would take the lawnmower and the gas to cut the grass in our neighbor’s yard.

So, I knocked on their door and asked if they would like their grass cut, and, fortunately, they said yes. After that I knocked on another neighbor’s door; they said yes, too. Soon, I was walking down the street pushing that lawnmower – with the gas can on top – knocking on doors. I built a very nice business and started to count my cash.

On one Friday I made $35 – a considerable sum at the time, and 36% of my family’s mortgage payment. This was in one day, and I was a ten-year-old.

Do the math: What is the average mortgage payment, in a middle-class neighborhood, today? I was doing very well for a kid.

In Alabama, the grass grows quickly.

Thanks to the climate in the South, it wasn’t long before I could return to Sears, where I paid cash for a new bike.

Writing this story again brings back a great feeling of joy and accomplishment. However, little did I know the lesson that I was learning; it would be a lifelong lesson that I would use twenty years later to save my heating and air business. Not only did this lesson save my business, but this lesson also helped it prosper.

It’s because of this story, from my experience, that I do not pity salespeople who continually complain about not having leads.

My first job out of college was as a government securities trader at a bank, where I traded treasury bills, notes, and bonds. In this role, I worked in a room with fifty sales people, and these salespeople knew how to work the telephone – the good ones made about $400,000 a year in commission.

After a year and a half of making $12,500 as a trader, I went to the sales manager and told him I wanted an opportunity to sell bonds. Eagerly, they gave me the opportunity. And, the opportunity was a desk, a phone and a list of banks in Georgia, Florida, and Kentucky. All I had to do is cold call these banks and make a fortune. Easy, right?

Quickly I found out that these bank presidents already had a swarm of bond salesmen calling them. At the time, I had not perfected skills, but I dialed the phone anyway. I had a special code that I had to put on the phone so that the manager could measure my dials. By Thursday afternoon, I had called everyone on my list and sold nothing. So, on Friday morning I would go back through my list and call those people that I had talked to on Monday. This was hard work, and I was getting nowhere. Not because it did not work but because I was not very good at it. I had no cold calling skills. Jim Rohn – known as the father of personal development – said, “don’t wish it were easier, wish that you would get better.”

After struggling for a month or two, the manager suggested that I plan a road trip and visit some of these presidents. So, I listened to his advice, and I flew to Kentucky and rented a car; I drove across the state for a week. During my time in Kentucky, I built some relationships. Then, I spent a week in Georgia and built some more relationships and began to generate some business with some of these banks. Even though I was not very accomplished at this, I prioritized activities that lead to success. And, most importantly, I was not afraid.

After getting discouraged by the politics in the bank and not wanting to sign a non-compete agreement, I resigned to build a business on my own. I took these cold calling skills into another industry and created a profitable insulation contracting business in Atlanta.

Again, in this role, I cold called builders and established relationships with them, as I did with the bank presidents. Sometimes, I would use the phone and sometimes I would walk house-to-house in a new subdivision.

After I sold the Insulation business, I purchased Hamrick Heating and Air in Bessemer, Alabama. I knew nothing about heating and air conditioning, it was a new industry. I was 29-years old, and at this time nobody had ever given me a lead, I had always created my own.

My intention was to grow Hamrick Heating and Air into a large new construction business modeling what I had achieved with Daviston Insulation of Atlanta Inc. I knew how to build relationships with builders so that it would be simple.

However, my mindset completely altered one day when Mr. Hamrick, the man who sold me the business, said, “Tomorrow we have a change-out to do” To which I replied, “What is a change out?”

The next day, when we installed the change-out, the customer paid us on completion and the payment was substantial. Immediately, I said to myself “How do I find more of these type of jobs?” I found them. How? By knocking on doors and making cold calls; the same method I adopted to save money for the beautiful red white and blue Free Spirit bike, and when I built the insulation business in Atlanta. The same strategy worked across industries and scales.

Why do I tell you this story?

I’m telling you so that you can think differently. So many of you feel the pressure to spoon feed salespeople who are afraid to pick up the phone or knock on a door. Remember, none of us deserve, and none of us owe. You do not owe salespeople leads, and they don’t deserve them. Help them yes but expect that they will help themselves.

With the right skills executed consistently, a salesperson can create their own leads when he has none. You, as an owner or manager, should expect this behavior and even help pull the wagon from time to time. After I duplicated myself four times, I went door-to-door less. However, there were times where I did go out and help them knock to support and encourage my team because it is hard work, which at times, can be discouraging.

What’s the bottom line? You all give back profits in slow months, but you don’t have too. Expect that your salespeople will be proactive. If you don’t know how, shoot me an email, and I’ll be happy to talk about it.

Remember, don’t accept excuses because there is no excuse for not being proactive.