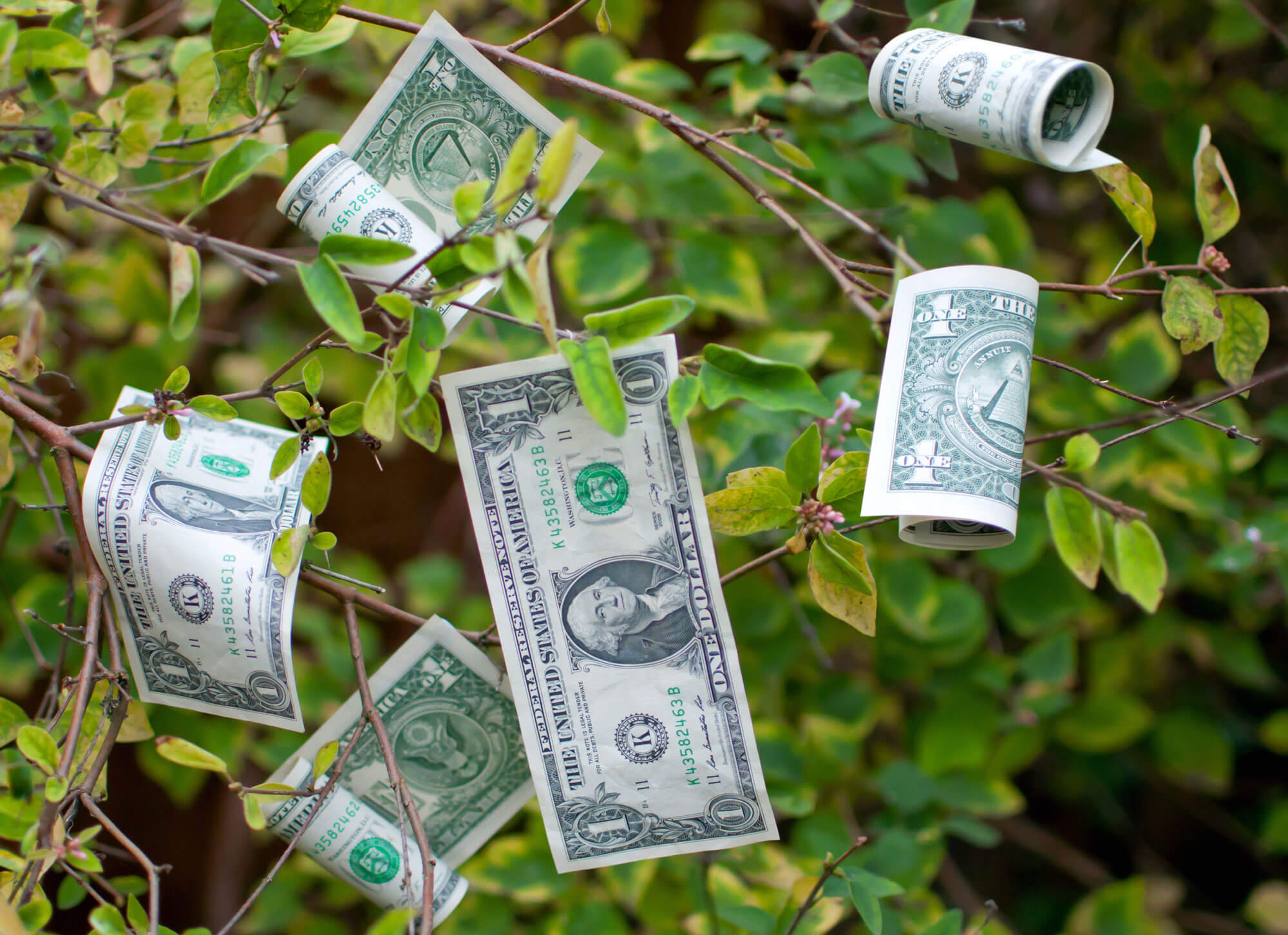 Counter to popular belief, I maintain that money does grow on trees. How? In our industry, it’s through canvassing in the right neighborhood.

To grow your business, all you have to do is knock and execute your script, and while the idea of canvassing brings a feeling of dread to many, it works, and I developed my business in this way.

Allow me to explain.

Rex was the first salesperson that I hired in my heating and air business. I hired him in the early 1990s, and I taught him how to canvass neighborhoods. With Rex, I taught him what I knew – I duplicated myself with him and every other sales person that I hired later, and canvassing was always the expected behavior when a salesperson had no leads.

Although Rex was exceptional at sales, he was often idle. He’d hang out in the office with nothing to do, something I found unacceptable. Wouldn’t you? To me, it demonstrated laziness on Rex’s part.

We needed leads, and he needed to get busy canvassing. So, I told him to get out of the office. Reluctantly, he went.

Here is what happened.

After 30 minutes, he returned to the office – It was raining outside. Walking past my desk, he threw the flyers down and said, “Well, that was a waste of time.” My response: nothing.

Later that afternoon, a prospect called because Rex had left a flyer on their door and we set the appointment for Rex. Rex met with the prospect at the scheduled time, and they purchased a system. Instead of me telling you what happened next, read Rex’s account that is posted on the testimonial page of my website.

“It has been several years since you introduced me to the concept of door knocking. As you know, I resisted the idea and was skeptical. I will never forget the time I picked a neighborhood, and ten minutes later it started raining, so I stopped. Before I got back to the office, the phone had rung, and it was a lady in that neighborhood where I left a postcard. So, I went back out and sold her a system. She referred me to another person, and I sold her a system. Then later, at that house, the neighbors saw our truck, and I sold them one too. That neighbor referred me to another person, and we sold her a system, too. I sold four systems within two weeks from the 10 minutes canvassing time that I so resisted and feared.”

Our average ticket back then was about $7500. So, money does grow on trees. In this example 10 minutes of perceived “wasted time” produced about $30,000 in revenue – revenue that we urgently needed.

How did we realize $30,000? Through my expectation that you will go and canvass even if you don’t want to, matched with Rex’s willingness to execute the behavior and knock on doors.

You don’t have to like being proactive – that message is key. Here, the battle is in our mind, and you need this behavior because it works, even if you don’t enjoy it.

One searing August day, as I was canvassing, negative thoughts came into my mind; I was focused on the same defeatist thinking: This strategy does not work anymore. As a result, I was discouraged.

However, I stopped and interrupted this pattern. I stood on the sidewalk and repeated out loud to myself.  “No, no… this does work.” I started to count the many systems that I had sold from canvassing a neighborhood.

I named them by name. I spoke out loud. “No, I sold Mr. Jones over on Main Street, I sold Mrs. Smith over on Broad Street …” I counted over twenty systems, and I moved past the negative thoughts, which lead me to an appointment. If I’d ceded that day, I wouldn’t have generated additional revenue.

Again, knock, execute the script, and you’ll get appointments. When you persevere, you achieve the business you wouldn’t otherwise get. Trust me; it works. The most significant obstacle blocking us is the fear of rejection. Get past the rejection, and beyond it, there is money growing on trees, waiting to be picked.

Let me give you a rule: rejection is a normal part of life. We all get rejected. I have been rejected by people that I love. Probably you have, too. The key is not to become paralyzed by the rejection and move on. Do not let rejection define you. Just knock and continue.

Rejection at the door

One day, I knocked on a door, and a lady opened it. She stomped her foot and yelled at me in a loud voice to “GET OFF OF MY PORCH.” This had never happened to me before, and fortunately, has not happened since. I ran off of her porch and stopped in the yard and said, “Can I ask you a question before I leave” She screamed again, “WHAT IS IT”?

I eased back on to the porch and executed my script as usual. Then she screamed again, “COME IN HERE AND TALK TO MY HUSBAND.” With her permission, I went inside and set an appointment to come back later.

Several days later, I was in her living room doing a presentation, and they were approved for financing. The husband looked at the proposal and said, “I want to mull this over.” Now listen, my experience has told me that if I left with a “think it over” they would never buy, and in fact, they would hide from me.

With that in mind, I said, “It’s not a problem, but do you know how many people call me back once I leave?

I responded, “nobody ever calls me back once I leave.”

“I don’t know, but chances are once I leave, you’ll never call me back, and the comfort problems that you’re currently experiencing will continue as they have been for the last twenty years.”

After a long period of silence, the woman who had screamed at me on her porch turned to her husband and said, “Honey he is right, let’s purchase the new system, and I’ll pay for it.”

What is the bottom line? Just knock. Schedule two hours, park your car and go door to door. In the right neighborhood, with the right script, you will set appointments and close business. Later, I’ll share with you how to find the right environment and what to say once you arrive.