I Have an Appointment. Now What? - The Daviston Group 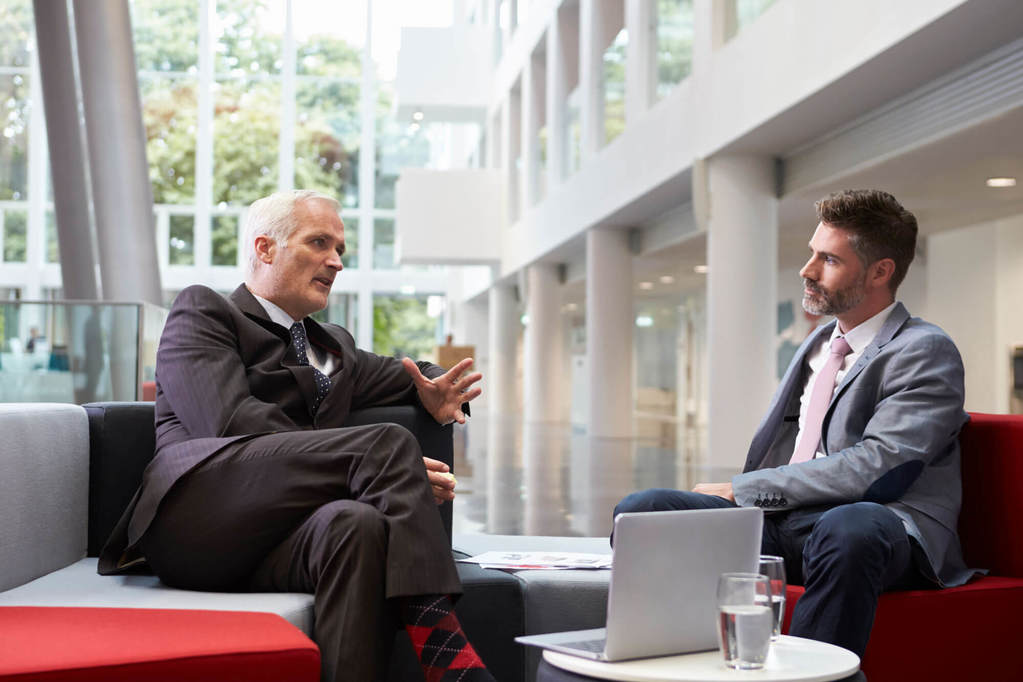 I Have an Appointment. Now What?

Setting an appointment is only the first step. It’s during that appointment where you convert a prospect into a customer, and down the line establish a client relationship.

We develop relationships through conversation where your role as a salesperson is to listen. Listening, as a tool, establishes trust. We want to be heard and understood, and to understand someone is to hear them. Agreement doesn’t come into play here. You only have to hear the other person.

What’s Most Important in the Conversation?

To me, relationships are the most important thing that we have in life, and that’s because someone, who I may or may not know, most likely has the solution to a problem I’m facing. Alternatively, I may have the means to solve their problem. Think about reading; we glean from others something unknown to us.

In some cases, the prospect does not want to listen. Their goal is to acquire free information. It’s your job to avoid presenting and to establish rapport through questions and listening first.

Notice that I used the word prospect. A prospect is someone who has never completed a transaction with a company. This distinction is important because four levels of business relationship exist (prospect, customer, and client), and the prospect is the hardest sell.

Before a prospect comes a suspect.

From where I stand, the HVAC and plumbing industry has ignored the step of prospecting. For this reason, our industry is seasonal. We never consider prospecting the process of talking to a suspect and turning them into a prospect. It’s like fishing. We never go. We would rather a dead fish wash up on the beach than find one.

A customer is anyone we’ve had one or more transactions with, but not enough transactions to have established significant trust. We have proven ourselves somewhat, but have not yet earned the level of trust that is needed to have a client relationship.

In a client relationship, we have proven ourselves to the client continually, and become a trusted advisor. We’ve listened, built trust, and as a result, the sales process is straight forward without manipulation.

Back to the Prospect

Without the established trust in place, prospects are the most difficult people to close. They don’t know us, and they don’t trust us. So what do we do? How do we begin to build this trust? Do we do a great presentation to build credibility? Do we talk about our expertise? Do we tell them how great we are?

While there is no recipe for building rapport quickly, the general objective is to listen while they talk. Listening intently and hearing the speaker with empathy isn’t easy. You must empty yourself of your agenda, and this requires humility.

When I started my consulting business in 2001, I had to learn to rid myself of an agenda.

I built the business through prospecting for business by telephone. Each Friday, from 3:00 PM until 5:00 PM, I cold-called prospects. During a two hour window, I’d make about 30-40 dials to presidents of companies. While the work was difficult, it worked out.

One Friday, I had an appointment with the president of a company, and he was running late for our meeting. While I waited, I maintained a conversation with his executive assistant about the president and his company.

When the president arrived, he was late and irritated that I was waiting there. He welcomed me with “Come on, I ain’t got long.” As we walked down the hallway, I knew that I might have a challenge on my hands.

Alright, Show Me What You’ve Got.

In the president’s office, I sat across from his desk, and as I always do, I attempted to connect with the prospect in front of me. Before I could establish a common interest, he quickly interrupted me with “Alright, show me what you’ve got.”

My mentor, Larry , taught me to always establish rapport with a prospect before anything else. I knew I needed to find a common interest with the president in front of me, but he had no interest in establishing a relationship.

Humbly, I responded to his interruption with “I’ve got nothing,” which enraged the prospect. “What do you mean? Why did you come here to waste my time,” he said.

As he said that, I thought the same thing, and I told the prospect “You know, you’re right. I’m sitting here asking myself the same question. But, before I leave, can I say one last thing?” He allowed me to add one last comment.

My final response: “I am a strong cold caller, and while I don’t recall in detail what we talked about during our initial call, my recollection was that we would have a conversation about your business, what some of your challenges were, and then, together, we would see if there was anything that I could do to help you.”

He listened, and I continued.

“For showing you what I’ve got, I’ve got nothing. I don’t know what problem in your business I need to solve, and perhaps I should leave.”

I sat there and waited for him to ask me to leave his office.

To my surprise, he didn’t ask me to leave. Instead, he agreed with me. He said that I was right and apologized. After, he shared information about his business; I asked questions and listened to his answers. He told me about some of his pain and challenges. One of his biggest challenges was his son, who was not in the meeting. After we talked about this, he and I agreed that we would set another meeting for us and his son to get together, and I left with a clear expectation about the future. This is called a clear future. Never leave a meeting without establishing the next steps.

What could have happened?

The outcome could have been very different. If I’d followed the prospects instructions and shown him what I had, how would that have helped him grow?  I needed to understand his pain before I could offer any solutions. Imagine visiting the doctor to ask for a treatment plan before a diagnosis? This is a similar situation.

When he asked me to leave, I gained control of the conversation; I wanted to establish a loop of communication – fortunately, I succeeded. In the face of adversity, I established rapport and even trust. At first, the prospect met my plan with renitence because he had a different agenda. After I let go of my need for the sale and was willing to walk out I was able to establish a connection with him. He talked and I listen. I talked and he listened. We had some rapport or a loop of communication.

Add a call to action.

Previous Post Building Business Through Better Relationships: Six Steps in Booking a Successful Inbound Call Next Post The Power of Connecting With People