Who Are You? - The Daviston Group 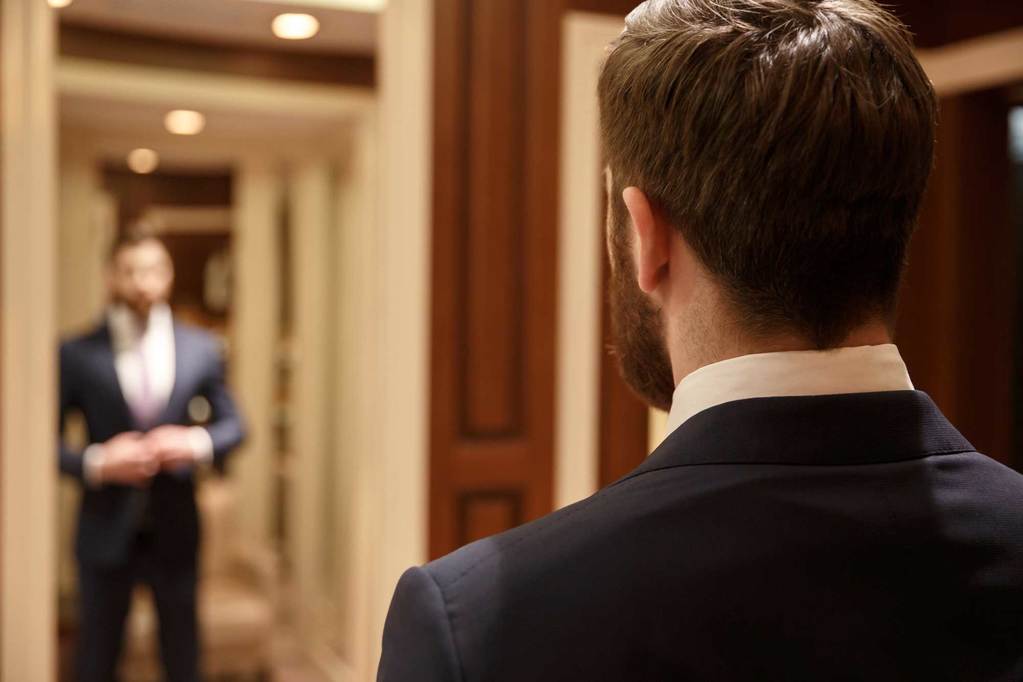 Do you know who you are and who you are not? You might think this is a silly question but stay with me because the picture that we have of ourselves roots us and defines our limits and capabilities. How we see ourselves conceptually determines our actions and grounds us when we perform poorly, or our roles change.

It’s a question of what your identity is, and we need to be very careful what we stand on because roles in life come and go, and you are not your role. If you stand on your role in life and make that your identity, when that role evaporates, and it will, you’ll be in a horrible place spiritually, emotionally, and physically.

I spoke at the 2021 Lake Homes Realty Summit a few weeks ago, and I listened to Noah Galloway, the author of the book, Living With No Excuses. Noah served in Afghanistan and lost several limbs, including a leg. You may know of Noah because he conquered Dancing With The Stars with a missing leg.

Noah said that due to his notoriety, he became acquainted with many NFL players, and he learned that many former NFL players struggle emotionally. He mentioned that they have a high rate of suicide.

Then I began to think about how could this be? Well, NFL players sink their entire lives into the game. They start as children and dream about it. They are elite athletes in a highly competitive sport. They work all their lives, make it to the top, and become wealthy.  When the role vanishes, the former athletes as a group have a higher tendency to struggle emotionally. Why?

Could it be that their role is their identity? Maybe when the title NFL player evaporates, they feel lost and don’t know themselves? Be careful. You are not your role in life. You borrowed it for a while, and you will not have it forever.

My dad is eighty-seven years old, has macular degeneration, and is legally blind. Thanksgiving day was difficult for him. He told me that he did not feel a part of things and that he did not belong. When I questioned him further, he expressed that he no longer had anything in common and he could not talk about anything constructive. My sense is everything he stood on is gone. So be careful on that which you stand. Do not see yourself as your role?

Okay, you might ask. So if I am not the role in life that I borrowed for a while, who am I? This question is a spiritual question and deserves a lot more attention than I can give it here. If this subject strikes a chord with you, please reach out to me and go to rogerdaviston.com, and we can talk further.

You are a unique spiritual being made in God’s image who God gave a particular purpose and calling. Your roles in life come and go, but your reason for being here does not. If you have not connected with your purpose and don’t have clarity when a role in your life ends, you’ll be in an awful place because you have no root.

You are also unique in several other ways in that you have a body and a soul. Your soul is your mind, will, and emotions. Allow me to make an important distinction here. Your mind is not your brain but a piece of real estate in your head. It takes up space and is like a hard drive.

Your thought process is in your mind and has a spiritual connection. As you think, you write information on your brain. Neuroscientists call these connections dendrites, and the dendrites look like tree limbs as they grow and they grow as you think about something. It becomes a habit when you give something your attention long enough because the dendrites get so big. We call this experience.

When you think about your identity, you are a perfect ten which means God gave you everything you need. While you may not perform at a high level in your role,  it is your responsibility to grow, which takes place at different levels.

Our entire life is a process of developing and becoming more. How much should you grow? As much as you can. So never stop.

Dad has lots of time on his hands, and he could use it to develop skills that he does not have. His mind is sound and can still learn. He chooses not to because he has no sense of purpose anymore because his role ended, and my father thinks that is who he is. How did Noah conquer Dancing With The Stars with one leg? Could dad master something else with no eyesight? I say yes, and many do.

Identity not only grounds us but affects our role performance. You’ll only perform in a manner consistent with how you see yourself conceptually. You won’t do much better, and you won’t do much worse.

Have you ever had a salesperson do very well and then his sales tank? I have. Let’s call him Joseph to protect his identity. Joseph was very talented. One month he would make sales twice as much as he expected, and then he would sell nothing the next month. He adjusted down to his level of self-perception.

I coached a group of technicians in Jackson, Mississippi, and I could not get these guys to go in the house and interact with the doctors and lawyers who lived behind gated communities. I talked to the owner about this, and he had an aha moment. He said that I should watch the movie The Help, which starred Oprah Winfrey and was about the culture in Jackson before the civil rights act.  The help had a different entrance to the house and certainly was not allowed to sit at the kitchen table or in the living room.

Ask a technician what he does, and they’ll often say I fix air-conditioners. So that’s what he does. He merely changes the broken part because that is how he sees himself. To execute the Service Call Blueprint, a popular book I wrote that leads them to triple their average order, they have to see themselves differently.  How? They have to see themselves as enhancing people’s lives by making their comfort system more reliable, healthy, safe, and efficient.

Manola Robison coached me in leadership development and gave me this beautiful example of identity. Three men are cutting stones. When asked what they did on said stone cutter, the other said provider for his family, and the other said he was building a cathedral.

How could this be when they were all doing the same job? They all had a different identities.

We waste a lot of money, time, and energy teaching skills to people who do not have supporting identity, core values, and beliefs. This is why personal growth is essential in changing behavior. You’ll never be able to teach me how to lie, steal and cheat because my core values won’t let me. The training could be excellent, but you’ll not get results.

What’s the bottom line? Knowing who you are and why you were born leads to clarity. In addition, shifting how you see your role can lead to higher performance, as I illustrated above.

Thank you, and God bless

Roger Daviston is a cognitive-behavioral specialist who helps people grow. If you would like to ask Roger a question, you may email him at roger[at]rogerdaviston.com.

Previous Post Can You Accept Yourself When You Fail? The Narcissist Boss Certainly Can’t Accept You. Next Post Who Are You?