Where Has Roger Been? - The Daviston Group 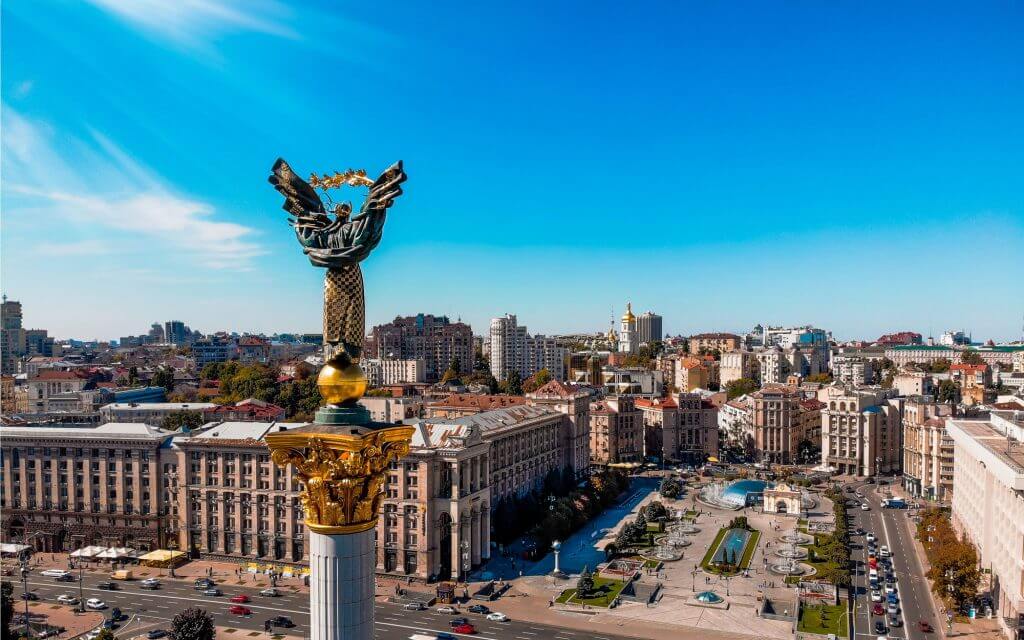 Where Has Roger Been?

I am a builder and dreamer, so I plan things in my heart, but I am learning that The Lord’s purpose always prevails. (Proverbs 19:21).

Inna and I are blessed; we lived an entire life over that past year, even though it was challenging, scary, uncertain, and not the road we picked. We planned our course, but The Lord determined our steps. (Proverbs 16:9)

Inna, my wife, is Ukrainian, born and raised in Mariupol, the city that Russia destroyed. We moved there before the war started. I speak Russian, love the culture, and have six subcontractors who live there. I want to live there and build my business from there because technology makes this possible.

We flew from Kyiv to the states two weeks before the Russian invasion and were in the USA the night it started. Most Ukrainians did not think Russia would invade Ukraine. Inna and I were in shock and had little hope for Ukraine. It was a depressing time of uncertainty for us.

Our possessions were in Mariupol, in shipment to Mariupol, and in a small storage facility in Chicago. In time we learned on telegram that our home in Mariupol was burned and looted. Everything was taken, including the furniture.

Suddenly, we realized we were homeless, but we were so busy with work we traveled from gig to gig, and clients paid our expenses. My phone kept ringing with people asking me to come. I’ve been doing this for twenty-two years and have never been this busy. The Lord provided us with an abundance, and he is our source. (Psalm 16; 2)

In late March, we lost connection with Inna’s parents and son and learned through Facebook that some church members found our good friends Denis, Nadia, his wife, and Nadia’s mother burned in their beds. We knew there was no food, water, gas, or electricity in the city, so we were very concerned about Inna’s eighty-five-year-old parents and son.

Between road trips, we stayed at mom’s house in Alabama and learned a valuable spiritual lesson about peace. We stayed in gratitude, prayed for our family, and never complained. This circumstance was beyond our control, and we were helpless to do anything but pray.

Mother, her neighbors, and other friends of ours were worried, anxious, and afraid, and they could not understand our peace. We cried, prayed, and asked God for the good report that her family was alive, and then we let it go and lived our life in peace. We stayed in gratitude by remembering that for which we were grateful. (Philippians 4:4-8)

Eventually, the Russians took Mariupol and began to rebuild the city. Electricity and internet connections were re-established; Inna’s first cousin Yano called us one morning and gave us the good report. “Inna’s parents and Sasha are alive, and their home is not damaged.” I will never forget the morning God answered this prayer. (Psalm 91:15)

Unfortunately, not everything was good news. Someone murdered Victoria, Yano’s sister and Inna’s first cousin, while she rode her bike home from her sister’s house. Her husband was concerned when she did not arrive home. When he traced her route, he found her body on the side of the road, buried under some brush.

Mariupol is a dangerous and lawless place. Someone hit Victoria in the head, slit her neck, and took the rings off her fingers. She had no money. Inna’s father says that the way the person murdered her had signs of the Chechnyan culture.

Twenty-five years ago, I sold my HVAC business, bought a lot near Vail, Colorado, and planned to build a house and raise the children there. My family spent two summers there, made new friends, and I started this business there with an office in Eagle, Colorado. However, those plans died because of an excruciating divorce, and my life took a different course. Again, I planned my course twenty-five years ago, but The Lord determined my steps. (Proverbs 16:9)

By May, we could catch out breath and decide where to live. I did not want to go back to Chicago or Manhattan, and Inna didn’t like the humidity in the South. So I asked Inna. “I love Colorado and have always wanted to live there. Let us see how you like Colorado.” She loved it here, and we moved to Denver in June.

Our life is settling down, and we are restoring what was lost and are doing well. Our business is prospering, and I plan to be more disciplined with my writing.

So see you here again soon, and I appreciate all of you.

Previous Post Who Are You? Next Post You Can Slow Down, Make Money, And Be Home By 4:30 PM