The Shoe Shine Scam: Lessons In Firmly Saying No - The Daviston Group 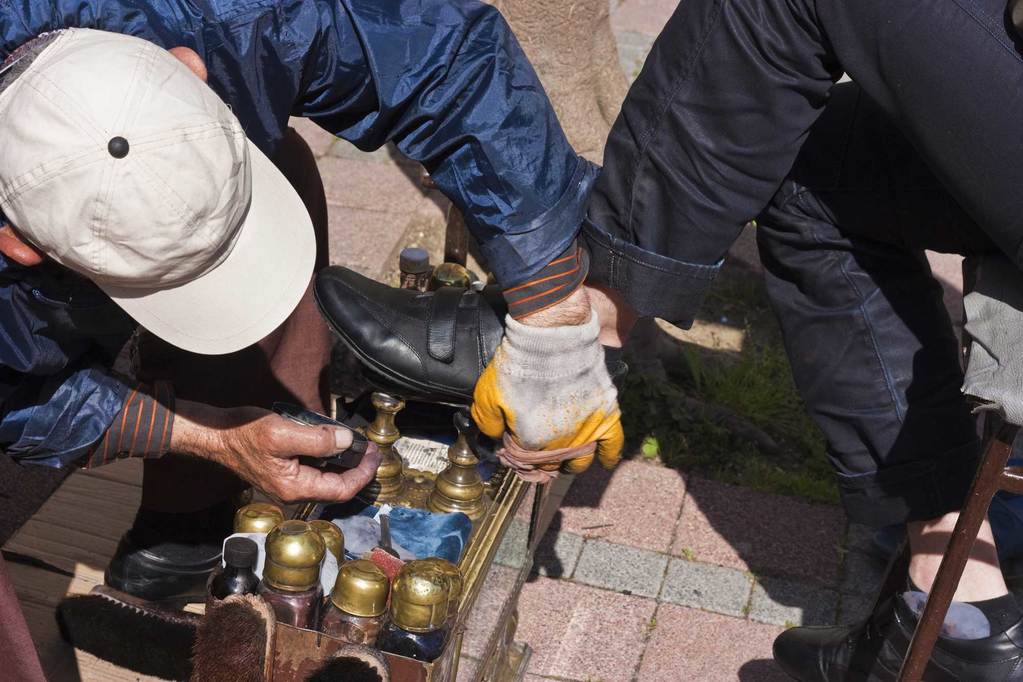 The Shoe Shine Scam: Lessons In Firmly Saying No

Last week, I became a victim of the Shoe Shine Scam – or was I a victim at all? The event reinforced two valuable lessons; First, the importance of resisting, and, second, making an excuse for what happens to you is always the wrong response to a situation.

Waiting for the light to change and standing on the corner of Michigan Avenue and E. Ontario, in Chicago, I was distracted by an app on my phone – like many of us, in those spare moments, we turn to our phones. In other words: I was not paying attention.

Standing about three feet from the road, I looked down and I found my shoes being shined. It all happened so fast; the shoe shiner was a real professional.

Although I resisted at first, he had muttered that I wasn’t obliged to pay anything for the service. As the man humbly submitted to shine my shoes, I empathized with him and allowed him to continue.

Have you ever had your feet washed in spiritual setting modeling what Christ did to his disciples? It is a humbling experience, and this experience came at that moment.

During many blog posts, I’ve mentioned that the healthy way to receive from another is freely, and I’m good at his. However, at that moment, standing by Michigan Avenue, I began to feel the emotion of pity for this man.

With both of these thoughts, I decided to show compassion.

Cautious but not afraid

As he shined my shoes, I told him that I did not have any money to pay him. Together, we walked to the bank; he shared with me how he had money laundered and dealt drugs in the past – I was cautious, but not afraid.

Then, it hit me

In the bank, I gave him a $20 bill, but he protested, saying I had agreed to pay him $40. Then he explained he worked for Hope House, and he could provide a receipt. It was at that moment, I knew I was dealing with a criminal. Moreover, I knew I could have avoided this mess by resisting.

At this point, I had to change this situation. My good idea: return to the cashier and get a check made out to Hope House, and until I saw my name and the address on the check, I thought I had a smart solution.

To be aggressive, assertive or complicit?

When chaos strikes, I sit still. At this moment, I sat on the sofa in bank, deciding how I would react. The process of sitting still is a lesson in patience.

I had some choices to make. Either give a criminal what he wants – $40 – or risk some altercation.

Should I be aggressive, assertive, or complicit?

Uncertain about his stability, I handed the man $40. Immediately, he tried to fix my pants – and as I should have said before – assertively I responded “No.” In this instance, he walked away.

Was I a victim of a scam? Victim is a term I consider incorrect here; he scammed me because of my bad choices. While I may not be accountable for what happens to me, I am answerable to my response. Not paying attention cost me $40 – the shoe shiner picked me as a target because I was distracted by my phone in the heart of a busy city.

Did I make the right choice? I don’t know. Most importantly, I acted the way I did through choice and not an automatic response. In this case, the choice was a passive act of compliance – a behavior I don’t typically display. Right or wrong, it was my choice.

When in the city pay attention and If someone wants to touch me for whatever reason resist firmly. In the beginning, the man seemed harmless but later became aggressive.

Funny enough, on my way home, I saw two policemen, I told them about the scam, one officer looked at my shoes and laughing he said: “Shoe Shine Scam?” I must be the last person in Chicago not aware of the scam.

My experience taught me, don’t say “no” half-heartedly, say “NO,” so that others hear and respect your choice. Whether in business or during unwanted situations on the street, remain assertive and state your choice.