Speaking the Truth In Love: Assertive Not Passive - The Daviston Group 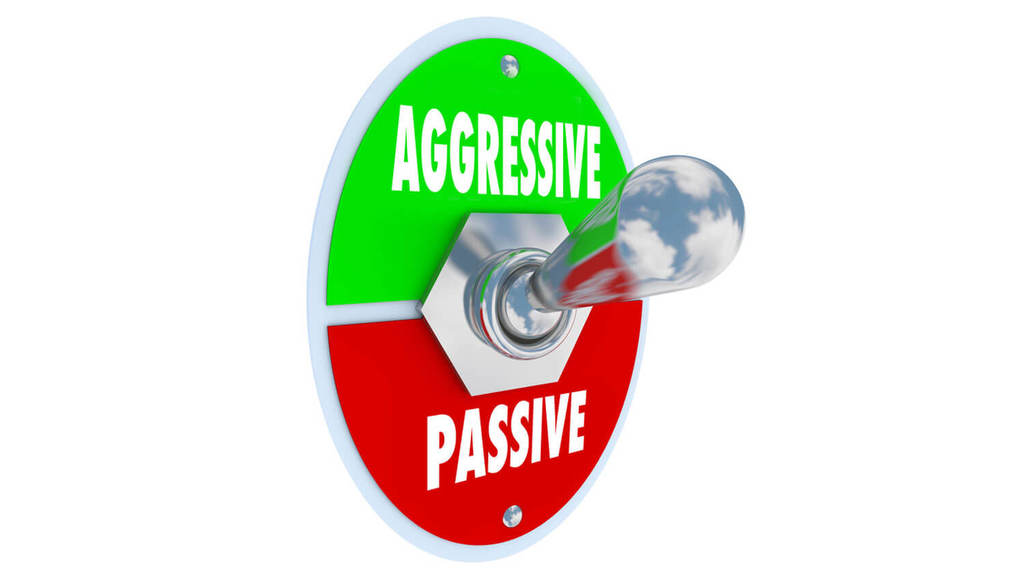 Speaking the Truth In Love: Assertive Not Passive

In the previous post, I encouraged you to create a no sarcasm zone to rid your business of toxic communication. Continuing on the subject of behavioral styles, highlighted below are the forms in which aggression surfaces:

In this post, I’ll focus on a common form of non-verbal aggression: the silent treatment.

Silent treatment as a way of punishment is an example of non-verbal aggression; it is a choice to not engage with an individual on purpose. In business, it can simply be withholding feedback. In other relationships, it’s holding back on love or affection.

Without verbal communication how can you speak the truth in love and respect? We all have the right to say no. Say no assertively, not passively.

How do you want to respond?

Considering this question is key; do you own your behavior or is it an unhealthy habit? Most often I see individuals unaware that they’ve adopted aggressive habits. In reality, anger in the workplace is never appropriate or constructive. In many companies I work with, the silent treatment is common. Once a business removes this subtle aggressive habit, a strong company culture forms, which creates stable and productive working relationships.

Passive aggression in the HVAC industry

In the context of business: Who are you hiding from or avoiding?

A particular dislike of mine is when people hide behind a caller ID without the courage and assertiveness to say no – a constant problem in our industry.

When shopping for business solutions, many buyers demonstrate passive-aggressive behavior during the process.

Buyers hold their cards close to their chest, even lying to the salesperson about their service needs. In the HVAC industry, we see this with prospects, who lie to reach step two.

In step two, buyers are eager to receive as much free information as possible. And, many businesses offer these free consultations; It happened to me many times before I learned to recognize it was passive aggression against me personally.

Lies continue, and the excuses emerge: I’ll think about it, I’ll get back to you, or I’ll ask my brother in the business. Instead of saying no with assertiveness, we see passive aggression appear through avoidance.

Now, the buyer is in hiding, and adopting the mindset that If I keep hiding, they’ll go away; it’s this mentality that is passive-aggressive. What prevents buyers from hiding? Too many people haven’t learned to say no.

I was hired to consult for a company with a culture that was ruled by fairness, obligation, and entitlement. Without boundaries in place, sarcasm ruled the day. Everything was allowed as the manager never said no. The result was chaos, low results and everyone busy, yet nothing gets done. It was time to step in.

In the first weeks, an entitled technician asked the manager:

“Can I skip Roger’s classes?”

His reason: He was close to retirement, it’s too late to change now, and he’ll be gone in a few years.

In a culture of entitlement and obligation, without hesitation, the service manager allowed him to miss my classes. I was hired to teach The Service Call Blueprint, and to see real results I needed all technicians to attend. How else could they execute my proven methods for change? After I spoke with the service manager he reluctantly changed his mind, and the technician came to my classes.

When he came to class, the service technician sat in the room, unengaged, and staring at the floor. What’s more, the entire class he remained silent, without even making eye contact. So after class, I decided to hold a meeting with the manager and the technician.

During the meeting, I confronted his behavior. The technician was angry because he had never heard no in the past. Even the manager jumped in to make excuses for the technician. Only after I asked him to allow the technician time to speak, did we manage to work through some of the anger and insecurities. When he returned to my classes he become active and contributed.

We’d uncovered that his passive aggressive behavior was masking anger triggered because we had said no. Moreover, he was not used to the manager asserting authority over him. Like with sarcasm, anger is most often at the root of such behavior.

Passive aggressive behavior doesn’t solve conflict, in business or personal relationships. Speak the truth in love, and it will set everyone free. We were all the better after we worked through the anger and fear. We developed mutual respect and trust for each other, and we knew where each of us stood.

I welcome your comments below.