Our Words Dominate Us - The Daviston Group 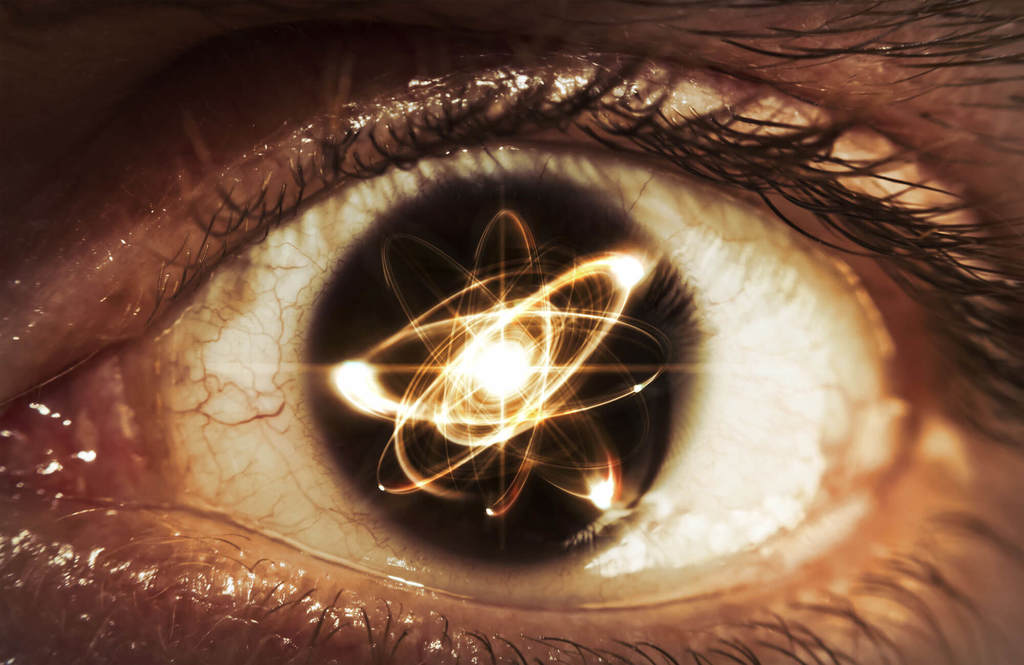 Our Words Dominate Us

Unfortunately, many of us don’t pay attention to what we say. Even worse, we don’t realize or even believe that our words affect the outcome of our life and that the world is voice activated.

For as long as I can remember, quantum physics as a subject has fascinated me. When I listen to scientists, I hear religious preachers and then intellectual, factual researchers – their words resonate and sound similar. Physicists state that at the quantum level anything is a possibility, and when they observe and focus on one area, other possibilities, opportunities, and outcomes disappear or collapse.

When I think about this it reminds me that we reap what we sow and our words dominate us; the laws of the universe have been set into motion, and God will not be mocked.

Now, physicists say that everything is possible, and if you look for it, there you will find it – it’s this message that sounds like scripture to me. In the Scriptures, it states that all things are possible for those who believe, and if you believe in your heart and do not doubt what you say, it will be done for you. Mark 11:23 paraphrased. Are the scientists saying that matter or quanta – small particles – obey words?

Physicists call this process wave functions (I’ll explain this in more detail), which look back at us waiting to be observed – or maybe they’re listening? Stay with me.

The study of quantum physics

Quantum physics is the study of small particles like electrons, neutrons, protons, quarks, and other particles. At the quantum level, things become strange and complex; scientists explain that nothing exists in particle form but has the potential to exist.

For example, around the nucleus of an atom, electrons don’t  exist until you look for them. Before observing them, they exist in waveform where all possibilities exist – a process named the observer effect. Through observation, the manifestation in time and space occurs, and all the other probabilities vanish – when you look there, you find it there.

Are the scientist saying that the small particles know when they are being observed? How do they know? I warned you this is complicated.

All matter is constructed of particles we cannot see, and these tiny particles move around or vibrate. Before these particles manifest, they are wave functions that have the potential to manifest. Remember also that these particles know when they are being observed and then they manifest in time and space.

So the question becomes, how do we observe something that is not seen? In physics, these particles know when we want to look at them. For us, the answer is to shift your attention to what you want to see and speak about it; it’s what many successful people do when they speak affirmations.

From my religious perspective, I certainly believe that matter obeys God’s word. God spoke, and it was. Furthermore, when God speaks elements line up, and matter unseen before becomes visible.

How do our words dominate us?

When you speak about a certain subject, this topic becomes your attention. Often, people endlessly complain about how bad their life is. If we continually speak negatively about the life we have, it will only get worse. Use your words to change your situation, not describe it. In other words, if you want your life to change, focus attention on what you want, and not what you experience.

An example, if you are in financial trouble, be grateful for the money in your pocket. In such a situation like this you might say out loud “it is easy for me to accumulate wealth.” Through speaking these words, previously unseen possibilities will appear – here is where the similarity with quantum physics lies.

As a believer, I’ve found this statement guides me, and I speak this out loud “God takes pleasure in my prosperity, and the blessings of Abraham have come upon me.” Psalm 35:27 Gal 3:14. These are not my words but God’s words. I am just establishing what He said about me.

Remember this is a voice activated earth that we live in.

Pay attention to your words.

Now these words that you have spoken may not have manifested in time and space, but you have given it your attention; you are now planting the right seed. All seeds will produce after their kind and in season – pay attention to your words because they are seeds, too.

So, how does this affect the service call process?

Is it possible that this service call would be terrible?

During the ride, the plumber was demonstrating two actions that I wanted him to alter. First, he believes in something that he does not want and is speaking it into to existence – a bad call. Through his words, he is giving it his attention. By changing his words, and saying it out loud, he can believe it because faith comes by hearing. He was literally talking himself into a bad call.

From the bad call to the great call

For the plumber, it was essential to understand the principle I have set out. On this day, the call was a good call, but it had the potential to be a great call. Perhaps, most importantly, it could have been a terrible call, but it wasn’t – we didn’t activate these words.

The wave function and the service call

The call was like the wave function at the quantum level; it was simply waiting for an observer. In other words, look for the bad call and there it is. Through observation, the plumber was looking for a bad call or at least observing it in the thought realm and then speaking it in the natural realm. We simply changed our focus and attention to what we wanted and through the power of words and hearing it was established for us. Importantly, we declared and decreed what we wanted.

So here is what I did. I told the plumber to pull over, and we discussed this subject. Then, we spoke together out loud in agreement about how we wanted the outcome of the call. Adding words out loud we said that we would execute an excellent greeting to establish rapport with the customer. After that, we also spoke together in agreement that we would give a presentation and that this customer would pick the best option for himself.

The principle of agreement

Notice that the plumber and I agreed – this is another powerful principle that deserves another article. You can find this principle in Matthew 18:19 “Again I tell you that if two of you on earth agree about anything you ask for, it will be done for you by my Father in heaven.”

Allow me to make a distinction. Heaven is unseen, and the earth is seen, but we live in both places. We live in both the seen and the unseen realm. As an everyday example, I see my desk, but I can’t see what it is made of; therefore, everything that is visible is made of the invisible. What we see happens first in the unseen. In fact, the natural world is a reflection of the spiritual realm, and same principles govern it all.

Back to the customer on the service call

We connected with the customer, built some trust and sold an option of about $800. We left the property with a feeling of a great call and not the terrible call the plumber feared. We changed our words and thoughts; we observed an unseen outcome in advance. Through this shift, we achieved the result we wanted. If you don’t want a possibility or outcome to materialize, do not permit it your attention. As Job – from the Bible – said, “the thing that I feared has come upon me.”

What’s the bottom line? Declare and decree how you want it to be and add your voice. Our problem is we declare and decree things that we do not want. The natural realm is a voice-activated place.

As a side note, it reminds me of Siri answering me when I did not call her; I have to be careful how I speak, or my iPhone talks back. We must be careful how we speak, or things we don’t want will be activated just like Siri sometimes is.

A final example, I’ve heard a person say over and over for fifty years, “I’ll never smile again.” Now, eighty-five years old, this person never smiles. Why? Through years of speaking these negatives words, this manifested into reality. This person activated it through many years of self-sarcasm spoken out loud thousands of times jokingly.

In this case, the person who never smiled person reaped what they sowed, even though they did not want it. Why? Because the laws of the universe have been set into motion. Whether or not you believe it to be true it does not matter, just like electricity will heat your water or kill you, we must be careful about what we speak because these words are seeds that come back multiplied in every season.

In a voice-activated world, the wave functions that form matter are listening and waiting to be observed. Don’t make the same mistake as this person did who said “I’ll never smile again,” neither in your personal or business relationships.

Job 22:28 “Declare and decree a thing and it will be established for you and light will shine on your path.”

What are you planting?

Previous Post How to Establish Control of The Service Call Next Post The Low-Hanging Fruit: Strike While the Iron is Hot