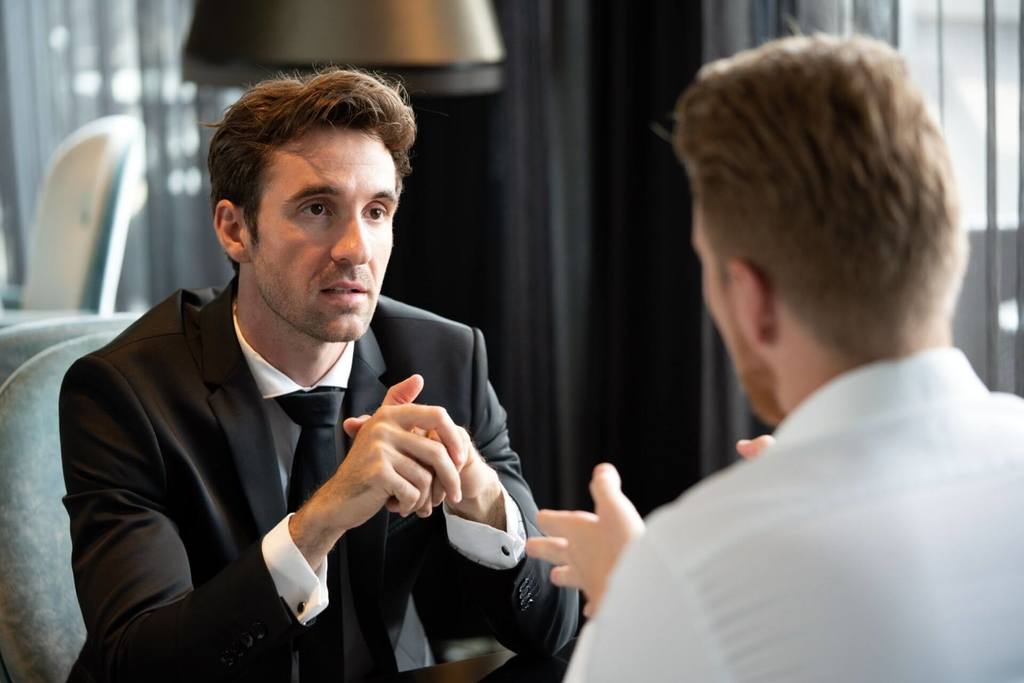 Asking For What You Want Directly Is A Courageous Act

Taking the initiative and asking for what you want directly with respect takes courage and vulnerability because you risk hearing the word no. The word no represents bad stuff like disappointment and rejection. Some people even think that when they hear the word no, it means that you don’t love them.

Dr. Henry Cloud, the author of Boundaries How and When To Say No, says that love is like a continuum, and there are no breaks in the line. Love always is there. But love does not always say yes. Love says yes and no, but love continues even when we say no.

No is simply a word that means I need to set a limit with you. It does not mean I reject you or don’t love you. Yes, you may be disappointed, but that’s your responsibility to own. We all get disappointed. It’s part of life.

Own your disappointment. I’ve learned that many times my disappointment is because of entitlement. Then I remember that I don’t deserve anything, and everybody has the right and even a duty to say no.

Let me give you an example from my life about hinting.

On a cold rainy Monday morning, I dropped my daughter off at school, and my phone rang. As I drove home, my mother called my cell phone, and it was about 7:30 am. She asked me where I was, and I told her. Then she asked me if I was busy this morning, and I said, mom, do you need to ask me something?

To my surprise, she got angry and started telling me how nobody took care of her, how it was hard for her to drive in the rain, and how she needed to go to the drug store to fill a prescription. She was mad, complaining, and hinting. I had done nothing but get up and take my daughter to school and was on my way home to start my workday.

I told mom, what do you need to ask me? She literally could not ask me to go to the drugstore. Why? Here’s why. It was too risky because I might say no to her. No represents something horrible to her.

We’ve talked about this issue many times, but it’s difficult for mom to ask for what she wants in an open, honest, direct manner. It’s hard for her to be vulnerable, courageous, and risk hearing no because of the relationship she had with her father. No blows up her world, so she manipulates to avoid the pain. It’s merely her strategy to protect herself from a painful past.

Hearing no as an answer is the first step in growing. The two-year-old child in the cashier line asks the mother for a candy bar, and mom says no. The two-year-old screams and cries for five minutes all the way to the car. The child learns it can live without a candy bar. It is a necessary character-building process.

Being vulnerable by asking directly and respectfully for what you want is risky. Still, by persevering through the answer no, you build muscle called character, and you can’t lose character.

Technicians hint all the time in avoidance of hearing no. It sounds like this. “Mrs. Jones, you have an old system, we can fix it but like I said, it’s old. We could give you an estimate on a new one. They last about fifteen years, and your’s well, it’s on up there in age.” They go on and on and on and never ask directly for what they want.

Here’s the direct, open, honest, and respectful way that takes courage and vulnerability to risk hearing no. “Mrs. Jones, your system is old, about fifteen years, and I can fix it. Do you want me to fix this old thing, or would you like to set an appointment for a comfort advisor to come out and give you options to replace it before we fix it? Please tell me what you want. You’re the boss.”

Let go of your need for the customer to say yes to the comfort advisor. Let it go and be direct.

It takes courage to be honest, vulnerable, and open up to others who misunderstand us.

Sitting on my favorite bench on the Chicago River in downtown Chicago one summer afternoon, Inna, my wife, and I watched the boats go by, and I noticed a line of kayakers as they went by. I told Inna that it looked fun and asked her if she would like to rent two kayaks and go. She said no, that she was afraid.

I said, afraid of what. You are a good swimmer, and we’ll wear life jackets. She shook her head no, but I continued to ask her to explain. I did not understand her fear.

Then she opened up and was vulnerable and honest. She told me that when she was very young, she took swimming lessons. At that time, Inna lived in The Soviet Union.

To me, the culture tends to be harsh, blunt, and in no way tender. It’s like if you don’t get in, we’re going to throw you in.

That’s precisely what they did. The teacher threw her in the water, and she had the sensation of drowning because her feet did not touch the bottom. Then Inna said, “I can’t risk getting in water where my feet don’t touch. It’s too scary for me.”

Then it all made sense to me. We went snorkeling in South Florida with my son Andrew. The water was crystal clear, fish everywhere, and you could see hundreds of feet. Inna always stayed close to shore. Andrew and I swam out in the channel in deep water and could see massive fish down deep. Inna said she was afraid, and that day on the bench in Chicago, I understood her.

It takes courage to open up to others who misunderstand you, but the rewards can be tremendous.

If you are weak on boundaries, struggle to assert yourself, or don’t have clarity about who you are, reach out to me. I’ll help you learn how to set limits for others and how to directly, with respect, ask for what you want.

Previous Post How Do You See Vulnerability Next Post Can You Accept Yourself When You Fail? The Narcissist Boss Certainly Can’t Accept You.