A Culture of Blame, Belittlement, and Punishment - The Daviston Group

Can You Accept Yourself When You Fail? The Narcissist Boss Certainly Can’t Accept You.
Asking For What You Want Directly Is A Courageous Act
How Do You See Vulnerability
Triangulation Must Be Part Of Our DNA
Do You Want To Be a Leader or a Dictator
Are You Overwhelmed, Overly Busy, and Burned Out Most of The Time?
A Culture of Blame, Belittlement, and Punishment
Feeling Obligated? It Leads To Resentment. 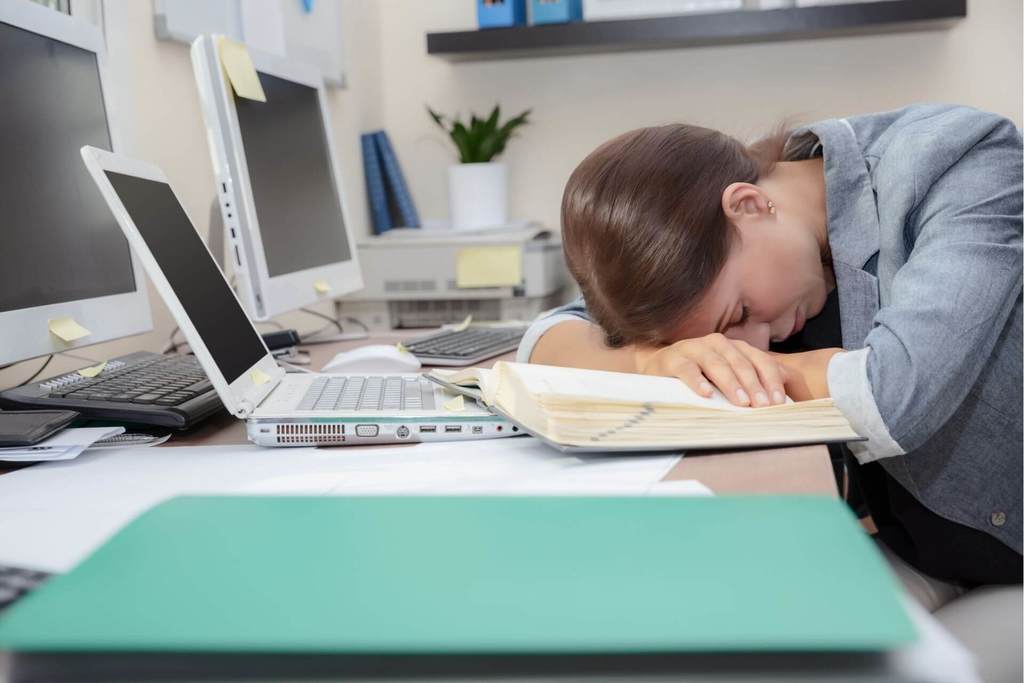 A Culture of Blame, Belittlement, and Punishment

A business is a system of relationships, and individuals in the company system come from another system called the family system. The family systems from where these individuals come from are all different, and each family system has its toxic patterns. These harmful patterns carry over into the corporate structure and act as a pathogen to the system, which causes the system to become sick and function poorly.

I never really understood what I am about to tell you as a child or young adult, but I experienced it in many different contexts throughout my life from my father. It caused me unnecessary stress and was abusive. My father carried this behavior into the business systems he created, and an employee sued him for creating a hostile work environment. He was guilty.

One morning when I was twenty-five years old, I arrived at work at 6:00 am in a good mood. My father and I were equal partners building a new business in Atlanta. As I was filling out a work order for an insulation crew to insulate a house, my father came into my office, and we had the following conversation.

Father: Where are my car keys?
Roger: I don’t know.
Father: What did you do with them?
Roger: I have not seen your keys and did not move them.
Father: Yes, you did. Where the F did you move them?

Then he flew into an uncontrollable rage, blaming me for something I did not do. A few minutes later, he found his keys, which he had misplaced, and never apologized. Whenever my dad got stressed, he would escape into blaming others for his problems and then rage, and he never apologizes. It was the big elephant in the room about which we never talked. We always swept it under the rug, merely hoping it would go away. It never did.

It’s interesting to note. When a person rages, they generally feel depressed and feel bad, much like an alcoholic feels after a binge. The rager does not like himself, but he can’t help himself.

Explosive anger shuts down everyone’s brain and severely impacts the team’s ability to do anything for the rest of the day. After this explosion from my father, my outlook, how I felt about him, and the business went down. My performance suffered, and he harassed me with his accusation and blame especially considering I was not guilty of moving his keys. He was creating a hostile work environment thirty-five years ago, and it caught up with him and cost him a lot of money in his old age.

Are you working in a culture of blame? Let me illustrate a mild form of the blame game. I built a call center that functions as an extension of your customer service department so you can be open, book, and dispatch calls twenty-four hours a day and on holidays. We don’t take messages, and this is not an answering service. The team learns a script, and for the most part, they stay on the script but not always because they are human.

I wrote the script so that we don’t assume every call is urgent and we get the customer’s expectation about when they were hoping we could come out, and then we book the call based on their expectation, not ours.

In the script, we also wrote to ask the system’s age because systems over ten years old are like gold. If you are primarily an air-conditioning company, know full well how hard it is to make ends meet while transitioning from mild weather to hot weather.

I promptly got a text message from the owner blaming Tawiah for making a mistake; “your team just royally F uped! Why in the hell would I want to wait until tomorrow to run these calls.” I promptly called the owner and said, If you expect that we will steer the ten-year-old golden opportunities into the on-call night process and book these calls for tonight, that is fine. Please clarify that so I can communicate this to the team. We cannot read your mind. He said, okay, I’ll give you that, and he did not apologize.

We talked a few days later, and he expressed that he was pretty “hot” about that. In other words, he was angry that we did not book the calls for that night. I understand his frustration and desire to go quickly because of his anxiety to increase revenue to overcome a slow warm winter. However, his response to his disappointment was toxic. He escapes into anger, looks for someone to blame, and then not apologize.

This pattern repeats itself throughout his culture, and there is a very high turnover. Do you see the same pattern in my father?

While I was able to shield Tawiah from this toxicity, I cannot protect his team. Here are a few comments from a person who decided to leave the company.

“this is a miserable place to work.”
“I feel so much better having left.”
“I did not realize how much the stress was ruining my weekends.”
“My marriage was being affected.”
“I wanted to be appreciated and valued.” ( don’t we all )

When things went wrong, he was blamed and belittled. To belittle means to regard as less than impressive or important than appearance indicates, to depreciate or disparage. Belittlement is a form of bullying, and if you are allowing it in your culture, you are at risk of a lawsuit.

Anne is a member of our Ukraine team. The Ukraine team books and dispatches service calls after hours, on weekends, and on holidays. She is faithful, honest and we can depend on her. However, Anne is not perfect; but who is perfect? Anne makes mistakes as we all do, but I am pleased when I look over her performance. Indeed, Anne needs to improve and grow, but I give her an A if I were to grade her.

I decided to take News Years Eve off, and I planned to sleep late. Anne covers the New York Time zone from 11:00 pm until 7:00 am. I woke up at about 6:30 am, which is late for me. I planned a morning of relaxation, so I thought.

I checked my phone, which I had left in the living room, and Anne had left me a message, and I also had a missed call from her at 2:00 am. She said, “please can you help me. I went to a friend’s house to work and left my charging chord at home. My laptop battery died, and I am offline.”

I was a bit distressed and aggravated about this mistake. It’s 6:30 am, and we book a lot of calls early before clients open. I immediately logged in, looked at the call history file, and quickly determined that no one called, so this mistake caused no damage. I handled two calls, and by 7:00 am, all of our clients took their phones back without incident.

I called Anne after all of this was over, and she told me what happen. I merely said lesson learned, please be more careful in the future. Why did I not condemn, blame, belittle, disparage or punish her? Because I am no better than Anne and have had to learn the same lessons. You see, over the last twenty years, I forgot to show up to my webinars twice. The students registered for the class and waited on the teacher, and the teacher never showed. I needed their grace, and Anne needed mine.

3 The teachers of the Law and the Pharisees brought in a woman who had been caught committing adultery, and they made her stand before them all. 4 “Teacher,” they said to Jesus, “this woman was caught in the very act of committing adultery. 5 In our Law Moses commanded that such a woman must be stoned to death. Now, what do you say?” 6 They said this to trap Jesus, so that they could accuse him. But he bent over and wrote on the ground with his finger. 7 As they stood there asking him questions, he straightened up and said to them, “Whichever one of you has committed no sin may throw the first stone at her.” 8 Then he bent over again and wrote on the ground. 9 When they heard this, they all left, one by one, the older ones first. Jesus was left alone, with the woman still standing there. 10 He straightened up and said to her, “Where are they? Is there no one left to condemn you?”
11 “No one, sir,” she answered.
“Well, then,” Jesus said, “I do not condemn you either. Go, but do not sin again.”][a]

I wish I knew what he wrote on the ground, but I suspect he was listing their adultery.

To make mistakes is part of the human condition, so when we see one, why are we shocked. If there is a pattern of repeating the same error, the person is not learning. Handle this type of behavior firmly with consequences but in love. Other mistakes are simply the way we learn. Mistakes are merely feedback that we need to change something.

Is your culture a culture of blame, condemnation, ridicule, and punishment? If so, I encourage you to change your thinking. Ask this simple question when a mistake happens. What can we learn from this, and how can we improve?

One last note. Forgiveness is a powerful spiritual principle. My dad is eighty-six years old, and he is moving to an assisted living facility today as I finish the article. He and I have an excellent relationship. While he does not see his toxic pattern, I chose to forgive him anyway. He has not changed.

I don’t tell you the story about my father to dishonor him. I am transparent in hopes that others will connect with the account and begin their healing. Honor your father and mother – which is the first commandment with a promise- that it will go well with you and that you may enjoy long life on the earth. Ephesians 6:2

If you work in a culture of blame and feel trapped, you are not. If you are the owner of a culture of blame and don’t like it, embrace the fact that you allowed it or created it. Acceptance and self-awareness is the first step in changing. If you want to change it, reach out to me, and we can talk about how I can facilitate the growth and change in your culture. If you feel trapped in a toxic culture and don’t know how to respond, I can help you too. Please feel free to reach out to me.

Previous Post Feeling Obligated? It Leads To Resentment. Next Post Are You Overwhelmed, Overly Busy, and Burned Out Most of The Time?